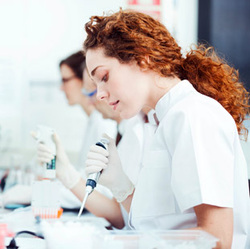 STDs, or sexually transmitted diseases, have steadily risen in the last decade. The best way to combat this phenomenon is for more people to get tested for these diseases. STD testing now cheaper and more accurate, allowing most people to fit it in any budget. The most common types of STD tests are for chlamydia, gonorrhea, HIV, genital herpes I and II, hepatitis B, hepatitis C, HPV and syphilis. Most people should consider getting tested for all of these STDs annually.

STD Infections on the Rise

Since the new millennium, STD infections have steadily risen in the United States. The most astounding of which have been chlamydia, gonorrhea, and syphilis infections. Doctors believe that some contributing factors to this may be the ability of chlamydia and gonorrhea to live in the cervix of women and the sexual behavior of those affected. Chlamydia is considered the second most common contracted a sexually transmitted disease, behind HPV, with more than 1 million cases in 2006 reported to the CDC, also known as the Center for Disease Control located in Atlanta, Georgia. Gonorrhea is the third most contracted STD in 2006, with more than 300,000 cases. According to the CDC, syphilis rose in infections by more than 13% from 2005 2006.

With STD infections increasing, it is becoming distressingly apparent that testing must become a higher priority to prevent future infections. It should be noted that the groups that have an elevated risk of contracting STDs are women and minorities. In order to combat this unfortunate growth, medical professionals recommend getting tested annually for most common STDs.

Recent developments in STD testing have allowed it to become much more cost-effective for many people. The cheapest method for a STD test is a home kit. While this test is the biggest bargain, it is still recommended to confirm the test results with a doctor. Home kits can either give you results right away or need to be sent to a another facility for testing. Some STD testing kit services will even pay for the shipping costs of the test.

Additionally, STD tests have become even more accurate than ever before. The most accurate way to conduct a STD test is through a blood sample. Blood tests are 99.4% accurate for sexually transmitted diseases, and are a must for some of the more serious infections, such as HIV. While one may be squeamish with the idea of needles, a blood test can provide the best piece of mind knowing that the results will be the most accurate possible.

Most Common Types of STDs

According to the National Institute of Child Health and Human Development, or NICHD, there are more than 20 different types of sexually-transmitted diseases. The most common these types of infections are chlamydia, gonorrhea,  syphilis,  viral herpes,  HIV and HPV. Chlamydia is the result of a bacteria which is called Chlamydia trachomatis. Chlamydia is often asymptomatic, or lacking of symptoms, but may lead to pelvic inflammatory disease or a dangerous ectopic pregnancy. Gonorrhea is caused by the Neisseria gonorrhoeae bacteria, and leaves the recipient more vulnerable to a HIV infection. The bacterium Treponema pallidum, also known as syphilis, leaves painless sores, and may spread to other organs, such as the brain, if left untreated.

There are two different strains of viral herpes, herpes simplex virus type one and herpes simplex virus type two.There is no cure for herpes, and outbreaks of sores can happen at any time. There is a treatment for the blisters in the form of antiviral medication. HIV is short for the human immunodeficiency virus, which can lead to the development of AIDS, also known as acquired immunodeficiency syndrome. AIDS, which cannot be cured and is eventually lethal, can be prevented by the use of antiretroviral medication to keep the HIV virus from activating. HPV, or the human papillomavirus, is the most commonly contracted STD in the world. The center for disease control states that HPV is the main cause cervical cancer.

Why You Should be Tested

The vast majority of doctors and researchers agree that everyone sexually active should be tested for many different STDs. One of the biggest reasons for this shotgun method of STD testing is the fact that most of these diseases are asymptomatic, meaning they generally do not have any symptoms. This can make it very difficult for people to determine if they have an STD without the use of a test. The consequences of delaying treatment for some STDs are very severe, such as an ectopic pregnancy, permanent infertility or even death.

With STDs on the rise and the increased availability of sexually transmitted disease tests that are budget friendly, there are many reasons why you should maintain your reproductive health. Many STDs are completely curable with antibiotics, but may be extremely dangerous without treatment. Some sexually transmitted diseases, such as HIV can be deadly without prescription medication. Fortunately, there are many facilities that offer cost effective and accurate blood tests to ensure you are not infected. Contact a local health professional for more information about STD testing and any reproductive health questions.